This is a guest post contribution from Denis Geoghegan from expertprogrammanagement.com. If you would like to contribute your article on our site, please check guest post submission guidelines.

If you manage a team of people, then you’ll be aware that you hold some power over them. Most of us think that this power comes from the formal authority we hold over each member of the team, that is, the ability to hire and fire them.

However, that isn’t solely the case as power can come from a number of different places (or bases as they are called in management theory). Here are the main types of power in frequent use:

This can all seem a little abstract, so let’s look at some different situations to see where each type of authority might be useful. We’ll focus our attention on coercive, reward, and referent authority. We do this because legitimate authority you already have by virtue of your job title, and expert authority is built on expertise, which isn’t applicable to everyone reading this article.

Example #1: You’ve been hired to lead an already successful team and your role is to sustain and grow its success.

In this situation, because the team is already successful, you have time on your side. This allows you to grow your referent authority – authority built on trust and respect. You do this by leading by example, which in a nutshell means you should model the behavior you expect to see from others.

So if you expect people to always remain professional, even under situations of stress, then you need to always remain calm under stress. If you expect people to be at their desks early and stay late then you need to model this behavior also. By doing this your team will eventually start to look up to you as a role model, and they will look to you to learn how to behave in different situations.

Obviously, building referent authority takes time, but once you have it it will enable you to get your team to follow your instructions with ease.

Interesting aside: Referent authority doesn’t just exist in the workplace. It’s also what creates celebrity power. Look at Taylor Swift. She has 85 million followers on Twitter. 85 million! That’s millions of people who look up to her as living a great lifestyle, and who want to model that in some kind of way if they can. No wonder advertisers are willing to pay big bucks to get celebrities like Taylor Swift to use and endorse their products.

Example #2: You’re leading a team with some high performers but there are some team members that aren’t pulling their weight.

This is a fairly common scenario. There are obviously ways to discuss directly with the underperforming team members what their issues are and get them to up their game. However, another really useful technique in a team setting is to use reward authority.

As we already mentioned, using reward authority involves issuing rewards to get team members to do what you want. In most people’s mind, this means issuing bonuses and financial rewards, but the most powerful rewards are actually free but still incredibly powerful. As an added bonus, unlike a financial reward, you’ll never run out of free rewards.

You’re probably thinking this sounds great, but what are these “too good to be true” free rewards of which you speak? In practice, what we’re actually talking about here is public praise and recognition.

In 2004, Gallup surveyed more than 4 million employees and found that individuals who receive regular praise and recognition are both more productive and more likely to stay with their organization.

Here is what happens when you issue public praise. In front of the whole team, you inform one team member that they have done a great job on a specific task and you are impressed. The person receiving the praise gets a warm and fuzzy feeling that makes them feel good about themselves. This can boost their performance going forward.

But the real power of public praise is what it does psychologically to the other team members in the room. We are each programmed to seek out praise and we each want to belong. When our underperforming team member hears others receiving praise, their praise seeking brain wants some of that praise too. They want to feel good and to belong. This can subtly cause your underperformers to up their game.

It’s important to remember that the praise must be genuine. Empty or false praise can have the opposite effect you want. Learning how to use praise should be part of your core interpersonal skills, and it can help you in life just as much as in business.

Example #3: You’ve been put in charge of a team that is underperforming to such an extent that the whole team or business unit is in danger of being shut down.

This is obviously an URGENT situation. Either you turn things around or everyone gets moved to a different part of the business, or worse, laid off. In this situation, you have no time to be nice. It’s time to bring out the BIG GUN of coercive authority.

To use coercive authority you need to tell people what to do, or else. Your instructions need to be clear and precise. There should be no room for interpretation of the instructions, they simply need to be followed. Think of yourself as the boss (or a military leader if that rocks your boat) simply telling the troops what to do and taking no dissent.

One thing to be very aware of if you’re considering using coercive authority is that it only works in the very short term. If you try to use it over the long term then team morale will plummet as people get sick and tired of being bossed around and having no autonomy.

Types of authority in the workplace can be a complicated and theoretical subject, but I hope this article gives you a good enough summary that you can start to think differently and more deliberately about how you interact with your team.

Remember that referent authority is based on respect and trust, rewards positively impact the whole team when based on praise, and that coercive authority is great for getting things done in a crisis but can only be used for a short time.

With that, it’s over to you. Experiment, and don’t be afraid to try these techniques out. Learn what works and build from there, and before long you’ll experience a substantive boost to your leadership and interpersonal skills.

Denis is the Founder of EPM (www.expertprogrammanagement.com). Every year over 1 million people use this application to improve their leadership, management, and personal development skills.

About Me & this Blog

In 2010, I started this blog to share my experiences, learnings and personal updates and little did I knew that I would hit a 100 article mark. I am flattered by the love this blog receives and feel blessed to connect with thousands of readers from around the world through this blog and share my little advice in case it resonates with them.

I am not a Guru or expert in personal development but just an ambitious chap who feels that sharing is caring. After all, we all are constantly learning from each other.[/su_note] 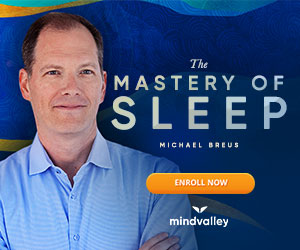 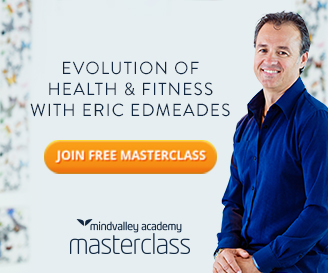 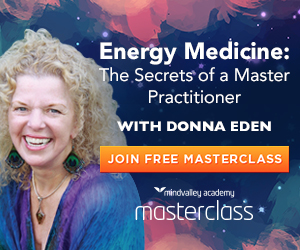